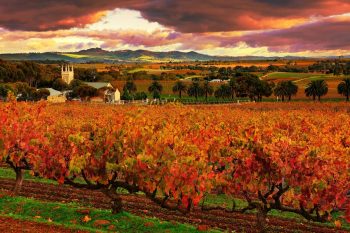 Well, we might be isolated in many ways, but there is always work to do on family history….

Hope all are well, catching up on reading, writing genealogy stories, or whatever then, there is always the garden!

*Why did my ancestor come to Australia?  Well, most had no choice!

Story 1 tells of Richard Cheers, with farming skills (1759-1827) who married Margaret Fogarty who drunk herself to death. He ran the first butcher’s shop down in The Rocks. Wife number 2 was Jane Smith who ended up suing him for child support.

Elizabeth Thompson (1771-1831) although married, she married convict William Noble after a few weeks upon arrival, and also a convict Hugh Corrigan in 1830.

*Why did my ancestor come to Australia? Poor Irish girls grabbed the chance to escape starvation.

Story of 16-year-old Eliza Keogan from Meath County arrived 1849.  She married a convict Joseph Wittal.  Then information about the STRAW family who came as free citizens.

*Why did my Ancestor come to Australia?

Ancestor…Louis Marc Francois Gauvin arrived in the colony rather by accident!!

Born in 1827 in St Servan, France he ran away to sea.  He finally ended up in Queensland with a young English immigrant Harriet Tanner (nee Sartin). She was a deserted wife/widew with four young children.  His movements were traced because he carved scrimshaws from cattle horns!!  remarkable

Why did my Ancestor come to Australia?

Ancestor Sarah Green (aka Clayton) who was born in 1788 Sarah came from one of the poorest areas of London’s slums. She worked as a servant in the home of William Liddiard. While keeping company with Clayton she was arrested in 1811and charged with thief. Goaled, she was found to be ‘quickened with child’. Her death sentence was commuted to transport across the seas for life.

These stories are a must to read think you are bad off at the moment!!

The Explorers on my Tree – Blaxland, Lawson but where was Wentworth?

Looking at a family line of Flora Bayly of Mudgee…1850-1923) the connections with our Australian explorers is quite fascinating.

Reading through the Calendar of this very active club, the virus predicament has caused many cancellations to their program guess we are all in the same situation. However, their March edition contains many great stories. jgs

My Anzac – Warrant Officer 417113 George James Roney, 33(RAF) Sqiadrpm R NZ AF….Rowena writes about her mother’s brother; losing his mother at an early age, his schooling and sport where he excelled. After being awarded his flying badge, George was stationed in France and was promoted to Flight Sergeant in 1943. He was shot down in 1945.

An extensive schedule of classes begins in May covering many aspects of family history learning.

My Freedom of Information Documents.

Here is quite story regarding finding information about parents of a girl placed in a Children’s Home.

Unlocking the Mysteries of the First Fleet Marine Arrivals.

The likely reason for the lack of records on the Marine arrivals is that being a penal colony, the records are primarily of the convicts.

Quite an interesting write up on where, how and what to look for when tracing marine arrivals in the early days of the colony NSW. jgs

The Very late Present – not a Christmas present, but a birthday present, a twenty-first birthday gift that arrived sixty years late as an indirect result of DNA testing!!

What’s that thingamajig?  a snake-catching stick, circa 1920s allowing the snake to be caught without injury for venom collection.

Department of Lands Building, Sydney one of the finest Victorian-era buildings in NSW…its history now and then.

Australia’s Floating Jails….for more than 80 years, prison hulks were vital to the functioning of Australia’s penal colonies.  Life was tough for the prisoners who were sent to the bulks, perhaps even tougher than for those who were in prisons on land. Prison hulks just didn’t save the British Government money, they also had considerable benefits for Britain’s expanding dockyards.

If you want to know if your convict ancestor was housed in a prison hulk, there are plenty of great resources online:  findmypast 1811-1843; ancestry 18102-1849; state library of NSW quarterly financial records for the British hulks.

Arltunga. Northern Territory Resting on the cracked dirt of Australia’s coarse centre is what remains of the town of Arltunga. It was once a haven of hope for many fortune seekers in the gold rush, the harsh conditions saw Arltunga become a ghost town.  Located around 16,000 kilometres from Both Darwin and Adelaide, Arltunga today is a 5000-hectare historical reserve, established in 1975.

Titanic’s forgotten Australian hero at 11.40am on 14 April,1912, the RMS TITANIC hit an iceberg Albert Lichols was born in July 1864 on Lord Howe Island, after a violent falling-out with his parents, 17 year old Albert fled to Sydney, where he got a job on the ferries.  Around the1800s he worked his way to England as a seaman…..He married Jane Porter, in 1893 and had three children. After a while Albert was to become Whiate Star Line’s best boatswain on its biggest liners to finally gaining position on the Titanic and a very interesting story to read  jgs

Perth’s Wicked Stepmother the life and times of Martha Rendell, convicted child killer and the only woman to be hanged in Western Australia. mmmmmm jgs

Reconstructing the Past cords notoriously favour the record keepers, so how can we re-examine the past for a more accurate understanding of war history?  ‘The First Wave’ is an anthology of ways to develop innovative and creative ways to re-examine Australia’s early coastal contact history to provide a better understanding of how Indigenous Australians reacted to, and experienced, contact from overseas.

On paper, on screen, on site family history in the 21st century