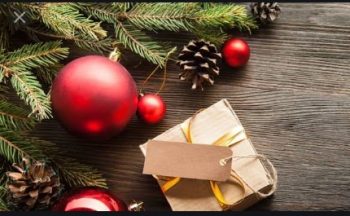 Tour of St Thomas’ Anglican Church and Cemetery, Enfield NSW….to celebrate Family History Week this club were taken on a conducted tour of the final resting place of many notable people…… pictures and illustrations.

Bong Bong Cemetery – Three Headstones and the family story behind them – William Hines, Jonathan and Charles – information, photographs to illustrate.

2 Books reviewed – Early Newcastle: The Fettered and the Free; They Sent me North: Female Convicts in the Hunter.

Waverley Cemetery – Two Sisters….Claudine de Chateauboug and Lydia (Wallace) – This is a fascinating and must-read story, members! [JGS]..pictures and illustrations

DNA Down Under – article written by a member of the Society of Australian Genealogists Advanced DNA Group.

The Diary of a Cleveland Miner…. “a folded newspaper page, yellowed with age, was found folded inside my great grandfather’s Victorian bible….”

From the Dengie to Durham: Economic Migration in th1870s….. “In the latter half of the 19th century, the Midlands and the north of England were economically thriving….”  names include: A & S Clarke, Cook, C Robinson, Whent, Jennings., Woodward, W Robinson

Female Ancestors of Note – Esther Abraham Johnson….Esther, pregnant in 1871….stole lace…sentenced to transportation…..pictures including her memorial in Waverley Cemetery.

esult was the cheeses he made had the imprint from the headstones!!

The Norwegian Church, Cardiff….. “the church developed with the increase in Scandinavian, and particularly Norwegian, shipping in the Bristol Channel ports…”

From Greece to Cardiff via County Cork….. “great grandfather, Nicholas SVOMBO, was born in 1827 on the Greek island of Hydra…..aged 17 he had an accident…..”

WISHING ALL OUR READERS