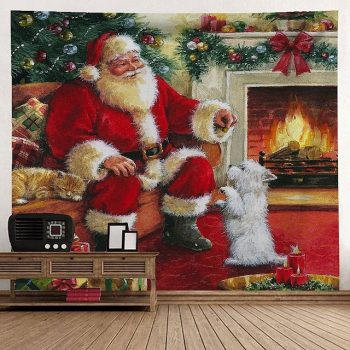 Agnes Tierney and William Bates…… “This is a story that leaves me stunned because of the amount of sadness. We were told as children that William Bates senior had perpetrated a terrible cross onto his family…..

Migration Story of a Maltese Family from Egypt…Pt.2. Making Australia home… settled in Matraville….my father’s search for work…not easy as (he) spoke little English… Matraville in the 1950s and 19660s was a little like a country town….”

Squatters and Drovers/Stockmen…… 8/2/1870 “Mr Brown has just mustered his breeding herd of cattle and I must say a finer mob it has not been my lot to see….”

Our Temporary premises has had many uses….Allotment 10 of Section No,20 “a corner allotment having a frontage to Sloane and Bradley Streets Goulburn  “

Identities.. William Davis –Cricketer, Squire, and a Crack Shot.    “In recent years Australians are finding out more and more about the early pioneers who settled in this country.”..

Flood in Goulburn….a graphic account of one of the worst, in 1864…”

John of Many Trades.  John Paul 1842-1900 Colonial Manufacturer & Politician.  This is the story of John Paul barber, potter, freemason, an entry entrepreneur in the colony of New South Wales….who adapted his skills…sought new opportunities…after John and his family arrived they settled at 268 Botany Road, Botany Bay…. His parents opened a barber shop in Botany Bay…at 32 John established a pottery business …

In Search of the Daniel Family.  “H & R Daniel were manufacturers of highly prized china table wares in Staffordshire….The first of the Daniels to arrive in Australia was Thomas, founder of the Goulburn Evening Post…..his brother Walter travelled to Victoria during the gold rush…before working as a builder in Mudgee, Braidwood, and Goulburn…

Kenneth Leslie Lance Dansie   1913-1999   A Man of Science…. “His commitment to health in Broken Hill…. extent of his contributions to the field of medicine.

Conduct Unbecoming…. Matthew Burnside and the Providence Scandal 1826… Matthew was one of twelve children… Matthew became a Royal Navy Surgeon during the Napoleonic War …in 1823 Matthew married Selina Blaskett…no fault could be found with the surgeon’s care…however he was accused of allowing, or even encouraging prostitution on the Providence….

A Shameful Truth: the search for Edmund Gale arrest   “Goulburn – A warrant has been issued by the Goulburn Bench for the arrest of Edmund Gale, charged with disobeying a magisterial order”….Edmund and Mrs King travelled as far as Brisbane…..

How I discovered the Truth [by ignoring Other People]…….public accessible family trees publish on sites can provided hints for breaking brick walls….unfortunately a slew of researchers accept other people’s research without question….this means inaccurate family details  are perpetuated…..

Bare Branches Yield Fruit… “Ester Alice MURPHY would have been my great-aunt had she lived past four years of age…..Ester’s father Bernard had been born in Melbourne in 1856,,,,Mary Ann Murphy [daughter] married Ah Foung a 41 year old miner…..

Footts in the Park….The Province of South Australia came about through the theorising of E G Wakefield….after passing the South Australian Act in August 1834….Colonel Light arrived in South Australia in 1836…the site of Adelaide was chosen in 1836…The Foott Family….The Government Farm… Gill and Salter Family…the 1841 Census…

MORE SNIPPETS IN THE NEW YEAR