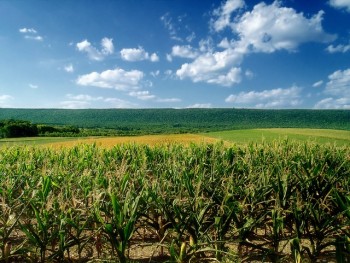 Inside History has ceased publication, but a new Australian magazine Traces is taking its place. Cassie Mercer (Inside History) will continue as consulting editor with Eden Cox the new editor creating an exciting first edition of a unique magazine with a “character all of its own”. [Snippets writer has found Traces very well illustrated and full of good stories]

In the first publication…..

Indigenous heritage uncovered in archives…….more Australians than ever before are delving into the past to discover their Indigenous heritage…..23 % spike reported by AIATSIS (Australian Institute of Aboriginal & Torres Strait Islander Studies)..read about SS Macumba wreck discovered…..Uluru climbers banned from Oct.’19…..Mungo Man returned home…

The Stone, that rewrote human history……”earlier this year, a small, unassuming stone axe discovered in a cave in Kakadu, NT, drastically altered our understanding of human history……”

The Swamp Ladies of Tullaree.   …”Margaret and Jeannie Clement were in their late 20s when they purchased Tullaree station in 1907” in South Gippsland.

Indigenous Convicts in the colonies…..”popular stories about convict life in the Australian penal colonies often portray the prisoners as white, working-class people….Yet,….Indigenous peoples from many different nations were among the many men and women incarcerated in the convict system….”

Re-imagining Littlelon.  “For more than 100 years, Melbourne’s 19th century Little Lonsdale precinct had a reputation as a squalid slum, home to the city’s moral degenerates. But,…”

Reason off the coast of Western Australia: the wrecking of the BATAVIA.   “Formerly the pride and joy of the Dutch East India Company, the once-formidable Batavia is now remembered as the vessel involved in Australia’s bloodiest shipwreck.”

Getting started on your family tree…..by researching our ancestry, we learn about ourselves….  Some ideas to contemplate ??

The Convict and the Scarlet Woman…..a story about the oldest surviving Jewish convict family in Australia.

The adventures of Dougie Rohan….kept his stories very much to himself….secretly recorded by his son .

Dress Never Lies: dating photos through fashion….it is generally the case that family archives contain many old photographs that are undated or unidentified.  Studying formats, studios and card-mount styles can help…..”

The ‘Masher’.   ….in the late Victorian era (a masher) was an extravagantly dressed man who south attention by regularly flirting with or admiring women.

Garroorigan.  …. “on the outskirts of Goulburn, NSW, nestled in its own picturesque gardens, is a beautiful heritage home…..”

The Store that Time Forgot..   Established in 1871 in the town of Maryborough, the store closed in 1972 when the original owners son was 88 years old…!!

….So much to read in this new publication, eh?

The Immigrants to Eastern Australia from Rauenthal in the Duchy of Nassau. Pt.2

This is quite a lengthy article with lost of files, clues and names……

Trying to find my Granparents Headstone… “I have found both sides of the family trees, including my Aboriganl Tribes and languages. I don’t think my Pop knew he was an Aboriginal descendant…..”

A Tale of Two Orphans and the Taj Mahal.  Thomas Bowen was  born London 11.10.1844.  Thomas and his siblings lost their parents and were admitted to the Parish Workhouse…..enlisted as a “drummer boy”, shipped to India on the Surrey…..fascinating story to read….

His Natural Life.  James Fowler Wilcox….a taxidermist in the 19th century….travelled  with a proposal of marriage brought him to Sydney…

Nancy Hocking….a tough life in South Australia in the 1850s……”Nancy died at 90 years after a dutiful but tough life”  This a heart-breaking story about women in harsh times of early mining years in SA……a must read…!!

Information about  Ordering copies from State Archives and Records NSW

Drake’s Progress: the political somersaults of J.G. Drake….. ‘James George Drake is one of the least remembered Founding Fathers of Federation.  A prominent Queensland senator….”  A lengthy story of the early days of Federation in Australia.

‘All day there was a stream of curious visitors’: the cremation of Devan Singh in Albury, NSW, July 1905……..what a story !!!!   rituals…burials….cremations….protocol

The Life of Alexander Green Revisited; id he really hang 490 criminals in the colony of NSW ?…Alexander gained notoriety as public executioner  in the mid 19th century….he spent about a year with the ‘flogging parson’ the Rev. Samuel Marsden…prison convictions and suspension from duty….final days as hangman and committal to Tarbar Creek Asylum.

Surgeon William Redfern in London and Edinburgh 1828-1833?   “William Redfern arrived in NSW in 1801 having been transported for life for mutiny on HMS Standard in 1797.  …his return to Britain led to extravagance, debt and an ignominious death in 1833.