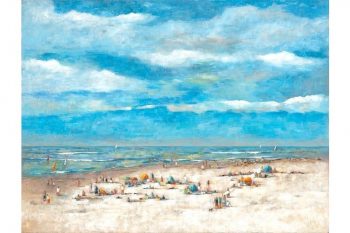 Well Folks,……  I am back on the job at last with a stack of journals that have mounted up over the COV year!  Although late there is a powerful lot of interesting reading, so I hope you will enjoy.

Hiram Howard 1826-1895…. “Hiram was the ninth child born in 1826 in Castlereagh area where his parents were farming on 15 acres of cleared and cultivated land…[his father] was also a  blacksmith…Hiram Howard junior was a jockey and rode Valentine for Henry Bowler in the 1870 Melbourne Cup.”

Every Headstone has a Story…… “On a visit to Rookwood  in 2016 to view the Hidden Exhibition,,,, a curios headstone…!!

A Much Loved Matriarch…..Lauretta Pearl Herring c.1895-1979…. “Growing up on a farm as the eldest of 10 children left little time for recreation,,, Lett was expected to help care for her younger siblings as well as take responsibility in all aspects of domesticity….

Nepean Times….. quite an extensive list of local people and events….

Finding a Route to the Liverpool Plains. [extract from Chp5]…. “mountains which were named Melville Hills are known to us now as the Peel Range….in Sept. 1818 white ,man had his first glimpse of the Peel Valley….and Oxley was pleased with what he saw….

Finding your way with Aboriginal and Torres Strait Islander family history at State Library of Queensland.

Kath’s Story…. “I am a third generation, Stolen Gen survivor…  I have been on the search all my life to find my family story…

Nievand/Nievandt, Andreas Conrad Martin (1822-1872)…. Born in Germany… arrived in South Australia in 1853…moved to Hahndorf in 1855 … he was a carrier…injury caused early death

Digital Family Photo Bank – Bank you family photos for future generations.. this society is creating a data base of photos for its members

Bringing Irish Ancestors to Life…. “Then9nscription on the back of the photograph reads “Henry McConnell Esq. given to his beloved granddaughter”…. So begins a search into an interesting family history

From Ireland to South Australia – and further on.  “on board the Surry, which sailed from London on 8 June 1838 were Thomas and Catherine Lucas….. this is a captivating story !!

Mystery People in my Family Tree……”…mystery people (orm persons)…hidden by fear, probably physical violence, resentment, perhaps hate and the sadness that a situation was neve remedied.  However, there was love there too but the hurt and fear was perhaps too great”.  I am sure we all have shared some experience like this in putting together our family histories. John Coffey and Margaret Legass remained concealed in Sharon Greene’s tree, she writes and it was with the assistance of DNA that all was revealed mmmm!

CDFHS USB Library… a collection of some 120 family history software and data files available ONLY to members of C D F HS.

The Marvels of modern technology. …the society’s webmaster has upgraded their LPCs to windows 10, as well as converting the Society’s collection of CDs…this article is quite lengthy, and is complete with Tips….most informative in its information!!!!

History Reflected…..from important colonial-era documents and curious collectables, to records of events that reshaped society, you’ll be surprised what you can find in the archives……Opening up history and archive….reflecting on the unusual,

The modernist touch on Tuberculosis….A look at the 20th century’s leading cause of death, the dreaded “white plague”, and its impact on architecture…..From Emma Williams death after a riding exercise in 1872, it took another 80 years to produce a cure.  The accepted treatment plan by the early 1900s, in the absence of anything better, was to send TB patients to sun-drenched sanatoriums in the mountains…

Safely Delivered….Naming babies born at sea.  According to maritime tradition, infants born at sea were named after the ship they were travelling on, Discovering the stories of ship’s namesakes might help explain some of the unusual names in your family tree….. “Mrs Bone was safely delivered of a son at 10 minutes to 4pm,” wrote matron Mary Holley on 7 December 1873, “I washed him and named him Samuel Plimsoll after the ship”…..a fascinating article to read readers !

In Lutruwita….This land has had many names, some known and others lost.  Europeans first called it Van Diemen’s Land, and later Tasmania. In palawa kani, the language of the Tasmanian Aboriginal people that has been meticulously reconstructed from the wreckage of colonial impact, it’s know as Lutruwita.

Piers, ports and paddles…100 years of port history….. “In 1877, 12 commissioners were given responsibility over managing, developing and improving the port of Melbourne….a great story with some wonderful dated photos telling of its transformation.

The Life of a PLC schoolgirl.  In her latest book, We Survived, Dr. Christine Perrott shares a collection of tales by the girls who attended Presbyterian Ladies’ College in Armidale, New South Wales between 1936 and 1964. ,

The death of Isabella McPhee…  “How Isabella McPhee’s murder gives an insight into what the 19th century was like for women, and the attitudes towards abortion…..Isabell was reluctant to tell anyone what she had donw.  She didn’t want to get anyone in trouble. She knew she was dying.” …..

Opening the archives of WHITE AUSTRALIA….The administration of the Immigration Restriction Act was a huge bureaucratic exercise, creating tens of thousands of records that today reveal personal histories of life under the White Australia policy.