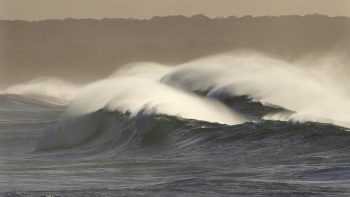 Although the days have been quite pleasant, by the late afternoon the chill of Winter brings us indoors where a warm fire greets us as we sit to browse the latest club journals.

Remember…the full stories mentioned below can be read later when our rooms reopen, although in the meantime should there be an article you particularly want to read sooner, please advise me and I will get it to you Meanwhile I hope you are all well and keeping safe…

Worth a thousand words – a new online exhibition invites the public to become curators by sharing their responses to historical photographs from two of New South Wales’s riches and most significant collections – ”it features a selection of more than a hundred of the most compelling photographic images from the NSW Sate Archives and the Sydney Living Museum. For example, a 1908 image of a sundowner in the Riverina district of south-western NSW elicits strong feelings of nostalgia and deep social conscience from the Depression.

In Sept. 2019 a social media campaign entitled “One Word Wednesday” was launched. Over the week’s audiences were invited to respond with a one-word comment on various photographs – by popular demand a second campaign was launched.

Commissioned works – 10 early-career writer and artists have been commissioned to each select an image from the exhibition and craft a response.

Also, inspiring creativity NSW schools were engaged to write and submit their works for prizes

The Cathedral of St Stephen Brisbane the iconic cathedral in Brisbane’s CBS was built over the course of more than a century, within construction beginning und the city’s first ever bishop.   THEN – its history – NOW amidst the hustle of busy city life – photographs to compare!!

A Pioneer Printing Family – The story of how Richard Thomas Clarke shed his convict shackles to become a printing magnate. …in 1832, the 23 year old Richard decided to rob a local ironmonger – found guilty, sentenced to transportation for seven years…..qualifications as a printer saw him assigned to Stevens and Stokes, editors and publishers of the S M H!!! – later years moved to Melbourne where he started his own business – a man made good – jgs

Influenza Pandemic of 1919 – what they did then? very similar to present time – jgs

Finding details in aircraft disasters – In 1936 Mount Garnet [Queensland] was a pretty rough place – a mining town -” it is easy to overlook aircraft accident reports as simply technical documents, however, even brief investigations record a wealth of local detail

Navigating History on Screen “Have you ever been frustrated while watching a period drama that is riddled with costume errors, or has written out a key historical figure?”

Melbourne’s Most Notorious Woman – while Squizzy Taylor is still the most notorious killer in 1920s Melbourne, he gets a run for his money from Nurse Hannah Mitchell, a woman whose specialty was performing illegal abortions – and beating murder charges in court.

Dreadful Murders at the Ovens – a number of barbarous murders has been committed by a party of armed men, probably from the Black Forest. [Morton Bay Courier Dec 1853] Mr Marcus, formerly a public-house keeper in Sydney – horse theft – he was tied to a tree and shot! Mr Sinclair unfortunately came to the same fate when he was travelling with 300 pounds. The Commissioner pursued the bushrangers as far as Tarcutta, where all traces of their route became obliterated

Barbara Shepherd came to Australia with her parents when she was eight years old, from Perth, Scotland. In the article ‘Old Marulan Identity …Memories of Bygone Days’ -” I remember when Goulburn was only a tiny village and Marulan a little collection of huts” – she says

A Colonial Thesaurus a guide to outdated terms and occupations, convicts and colonial slang in early Australia.

Stephen Roots and Bee Stealing!!  not only bee stealing, shoplifting, and court cases, these pages give a family history story as well jgs

Daniel Stephen Upton, Farmer and Carrier of Emu Ferry “Daniel was born in Windsor in 1832 – his father established a business at the Wheatsheaf Hotel there – Daniel married Jane, who was the sister of his father’s third wife – they had eight daughters – a very interesting family tale jgs

The Other Woman – “the mourners had all left, it had been so sad that because Old Sid had died at his son’s place in the country, none of his old friends had been there to see him off -Towle’s death.

My Great Grandparents, William Stone and Margaret McKitt – William Stone was born 1859 at Castlereagh. His parents had not so long arrived in Castlereagh after the long trek from Adelaide. The land had been granted to his great grandfather

The SOUTH AUSTRALIAN GENEALOGIST May 2020

Rediscovering Treasures – In South Australia – “Why was more information included on SA BDM registrations? [thank Gov. Hindmarsh] “Why are births of children in early Catholic families not registered in civil records? [C.C. refused to comply]  did you know this? jgs

Looking forward, looking back – the story of The Boltons – a family of male children, male grandchildren, and male great grandchildren!

Carl Linger and August and Matilde Cranz: early South Australian musicians – “Mrs Carl Linger, wife of the musician and composer Carl Linger who created “Song of Australia” – “The concert given by Herr A F Cranz in the Exchange last evening was very well attended – Madame Cranz was most favourably received, and by her brilliant execution of very difficult music, well won the plaudits liberally bestowed upon her.”  and another accolade – “Madame Cranz’s Concert – musical entertainments, especially those of the better sort, have lately been rare occurrences in Adelaide; but we believe the lovers of the Divine Art may promise themselves a treat of no ordinary kind tomorrow evening”  very interesting story of a musical family: wish I could have been there for the music!!

My Devonshire Landed Gentry – The Hamlyn Family…full story with the family tree shown.

In Search of my Grandfather: Major AEM Norton DSO – His early life – outbreak of war – the war – his reception in Australia – the writer’s research