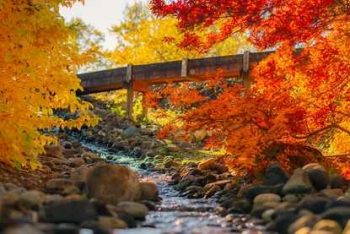 Here again to enlighten your day with some happy reading material…….

This Society is celebrating 40 years since inauguration…hence the cover on the journal. Several pages are given over to their branch news, including photos and interesting information. Do look at Genealogical Research Tips!! I found some wonderful stories in their ’40 Years Serendipity Collection…

“The County Chronicle 9 Feb 1841: A fair poacher, named Hodgson, the industrious housekeep of a person in Bernard Castle, was caught catching hares on Sunday last at two o’clock in the morning in the game preserves of Mr J B S Morritt of Rokeby, Greta Bridge [Durham].  She has been abundantly successful, and, notwithstanding the inclemency of the weather, she had slipped off an undergarment and converted it into a sack for her plunder. She was subsequently taken before the magistrate and un-gallantly committed to the House of Correction, Northallerton, for three months.”

“Hartlepool Notes September 1851: Honours have come thick upon a gentleman of the name Scrowther. On Saturday last he distinguished himself by a violent attack upon a poor fisherman; had a magistrate’s summons issued against him on Monday; was elected a member of the Town Council the same day; was sworn in as a member of the said Council at 11 o’clock on Tuesday; at 12 o’clock was defendant before the Mayor for an assault when he was fined 20 shillings and costs; and at 3 o’clock took his seat at the Council Board, the distinguished representative of the ratepayers of  Hartlepool”.  Not much has changed today!! jsg

Did you know…? When our ancestors realised that they could be burying a great number of people before their time had actually come, they had this solution.   They tied a string to the ‘dead’ person’s hand, buried them, and tied the other end of the string to a bell which was then tied to a nearby tree branch.  If the buried person revived enough to ring the bell, their rescuers would rush along and dig them up.  Hence….  “saved by the bell” I wonder if in some cases the bell sound was ignored?? Jgs

The Pickled Parson.   31/12/1792:  About two o’clock in the morning, a fire broke out in one of the lodging rooms in the rectory house at Sedgefield, County Durham, which consumed the greatest part of the building before it was extinguished. By the activity of the people of the neighbourhood, the most valuable part of the furniture was preserved.

The superstitious and vulgar inhabitants of Sedgefield were, previously to the burning down of the rectory house, alarmed by an apparition, denominated ‘The Pickled Parson’, which for many years was presumed to infest the neighbourhood of the rector’s hall, ‘making night hideous’. The supposed origin of the take is attributed to the cunning of the rector’s wife whose husband, having died about a week before the tithes became due, she concealed his death by salting his body in a private room.

[Tithes – one tenth of annual produce or earnings, formerly taken as a tax for the support of the Church and clergy].

Her scheme succeeded; she received the emoluments of the living, and the next day made the decease of the rector public. Since the fire, the apparition has not been seen.  (It seemed that she was, unfortunately, blackmailed by the servant in charge of the pickling!)

For all you female doers!   A new book “A SPANNER IN THE WORKS” … an extraordinary story of Alice Anderson, and Australia’s only all-girl garage.   By Loretta Smith.

Murder and mayhem in the east and beyond… “On December 16th 1910, hearing unusual hammering suggestive of a break-in at a jeweller’s shop belonging to Henry Harris in Houndsditch, his neighbour Max Weil reported the occurrence to the City of London police.   The property adjoining Harris’s premises, has been rented under assumed names and false pretences. . .  a gang of Latvian Bolshevik refugees and anarchists whole supplemented their resources by burglary and robbery to support themselves and their cause. great story to read jgs

Index to the Genealogist…explore a trove of uncovered histories

If only they hadn’t gone……Lake Burrumbeet is a large, shallow lake about twenty kilometres north-west of Ballarat, just south of the Western Highway.  Looking at the area today, it is hard to imagine the heartbreak the lake and its surrounding district provided for one branch of the PAYNTER family.  Drownings, shootings, accidents and other assorted mishaps plagued the family in the late 1850s and into the following two decades.

I am presently, pleasantly, reading…. Adam Courtenay’s ‘The Ghost and the Bounty Hunter…. the story of William Buckley, John Batman and the theft of Kulin country.

“Just after Christmas 1803, convict William Buckley fled an embryonic settlement in the land of the Kulin nation (now the Port Phillip Bay area) to take his chances in the wilderness.   A few months later, the local Wadawurrung people found the six-foot-five former soldier close to death.  Believing he was a lost kinsman returned from the dead, they took him in, and for thirty-two years Buckley lived as a Wadawurrung man, learning his adopted tribe’s language, skills and methods to survive.

The outside world finally caught up with Buckley in 1835, after John Bateman, a bounty hunter from Van Diemen’s Land, arrived in the area, seeking to acquire and control the perfect pastureland around the bay. What happened next saw the Wadawurrung betrayed and Buckley eventually broken. The theft of Kulin country would end in the birth of a city. The frontier wars had begun.

By the bestselling author of the ‘Ship that Never Was’, The Ghost and the Bounty Hunter is a fascinating and poignant true story from Australian colonial history. Anyone interested in reading this book, please let me know!!

Thinking Big: Australia’s Unique Roadside Attractions…… “growing up in the 1970s, some of my favourite memories are of family road trips from Sydney to Surfers Paradise…. an obligatory stop at the Big Banana at Coffs Harbour, or a day trip to the Big Pineapple at Woombye Qld.   Construction boomed in the 1970s and 1980s, and there are now over 150 ‘big things’ in Australia.  They celebrate many features of Australian life, including local produce and industry.

Penal Servitude, social reform and lady travellers:  Rosamond and Florence Hill in Australia 1873-1874… “Victorian female travellers were also reformers, sometimes expressing this in a published account of their travels.  Many of these women led conflicted lives alternating between desires to interrogate reformist ideas for women and children and to remain within middle-class social boundaries.   …. It might be surmised however that middle-class women who travelled in the nineteenth century had complicated motives for their often-extensive travels.  Beatrice Grimshaw wrote 30 popular novels based on her treks; Harriet Martineau and Florence Nightingale, travelled when young, and wrote about their travels before embarking on a life of activism in social and political reform. Florence and Rosamond Hill’s primary interest was in child reform and both had travelled to France with their father to visit Mettray Reformatory for juvenile offenders.

Accuracy and honesty of all personal research and of work published, promoted or distributed to others.

Provision of clear evidence from primary sources to support all conclusions and statements of fact.

Use of original sources and records (or surrogate images of originals) to gather key information.

Citation and recording of sources used so that others may also evaluate the evidence.

Logical and reasoned development of family links with each step proved from valid evidence before further deductions are made.

Investigation and analysis of all possible solutions and of contradictory evidence with each alternative hypothesis examined and tested.

Awareness of gaps in the availability of and information from sources at all levels.

Receptiveness to new information and to informed comment which may challenge earlier conclusions.

Acknowledgement and attribution of research done by others and use of such work as a secondary source only.

Evidence only becomes proof through a reasoned and logical analysis and argument capable of convincing others that the conclusion is valid.

If it’s too chilly in the garden, and you’re sick of darning sox…. perhaps reviewing these Tips for Research might be of some help!!