Enjoy this wonderful summer weather we are having!!   However, remember ‘safe distancing’…stay well.

Similar to ourselves, this society closed from March for several months and activities were very limited due to COV19.  Amongst their notes they did have a small family history display for FHW; their Scottish library resources were mentioned, also with some activities members had been involved.

James Robertson – his early years.  He was born in 1846, however I was struck by the tombstone which reads: “Under this stone is interred the remains of Janet McIntosh, spouse of William Robertson Tacsman of Dunachton and sister of Mr McIntosh of Balenspick. Who died on the 20th November 1803. Aged 34 years.  This tribute of affectionate regard to the memory of a dutiful and beloved wife is paid for by her surviving husband whom she left disconsolate with a numerous family of children.

Also, the said William Robertson who died in Ballinluig 13th May 1852 aged 92 years.”

Scottish Gaelic-Scottis Gaidhig… “Dating back centuries, Gaelic is the founding language of Scotland that is thought to originate from Ireland. Scottish Gaelic is a Celtic branch of the Inglis-European language, the Clan chiefs in the northern and western parts of Scotland continued speaking Gaelic. Gaelic bards were a feature of their courts. The Education (Scotland) Act 1872 provided universal education in Scotland but completely ignored Gaelic.

A Clan Chieftan.  Alistair MacIntyre, 16th Chieftan of Camus-nba-Heiie.  He was the Chief Announcer for the BBC in Scotland.

From Rocks to Riches…the story of James and Elizabeth Scott

Ulysses of the Higlands……Sir Ewen Cameron of Lochief, the famous 17th Chief of Clan Cameron….renowned for his great strength…. His grandson was known as The Red Fox, Glenure’s notorious murder of Lettmore Wood in 1752.

The Remarkable Saga of Richard and Uriah Lovell – Prejudice and Redemption – this is part of an article given by Christine Yeats to RAHS AGM  ….. “on people involved in a number of ambitious but unsuccessful ventures into silk farming in NSW between 1824-1924.

“She will Never Speak ill of Chinamen Again” Annie Henning, 1862….. “Annie and her brother Edmund Biddulph arrived in Australia in 1853 onboard the Great Britain. One year later their sisters, Rachel and Amelia arrived on the Calcutta……an incident in a coach….an accident….Chinese men to the rescue !  jgs

The Cobb & Co Coach listed on the State Heritage Register 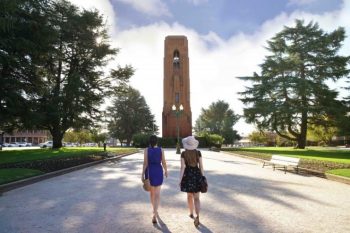 Bathurst’s War Memorial Carillon….. ‘the idea of a specific carillon or bell tower as a war memorial is unique in Australia. This one is located in Kings’ Parade in Bathurst along from a second memorial of the very elegant Boer War Memorial unveiled by Field Marshall Lord Kitchener in 1910.  See photos In November 2018, in time for the 100th Anniversary of Armistice Day, the top tier(as the rows of bells are described in a carillon) was replaced with new bells. At the same time, a new tier was installed –a higher octave of bells to bring the Bathurst Carillon up to concert standard.

The Last Song I Heard from You…….. here is a four verse poem of the Australian county life…..The poem was found after John Regan(1871) after his death in the hut he had occupied on Barmedman Station…. worth reading  jgs William Thomas James Saul (1902-1988)… “Tom Saul, champion sculler, surf lifesaver and agricultural show official, respected farmer and tireless community worker…..his story

‘Winbourne’ Destroyed by Fire….. “One hundred years ago an historic Mulgoa residence, ‘Winbourne’ was destroyed by fire. At the time of the fire the house was being used as a boarding/ guest house…..The first stage of ‘Winbourne’ was built by George Cox in 1824….Earlier in 1920, before the fire, the house was used as one of the locations for the filming of the movie “The Man from Snowy River”. 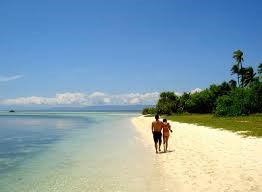 Most Aboriginal people are already historians. They hold knowledge of family ancestry, culture and history, and often treasured family photos and documents. There is much more to find online and in libraries and archives, but if you haven’t searched in these places before, it can be a bit hard to know where to start. Finding Your Ancestors is a project to encourage and help you to take your first steps into researching your family history.

On this website you will find a series of short videos to help you plan your research and get started. It doesn’t take special equipment or training, but there are tips you can follow to help you get the most out of your research. There are also links to more detailed guides to help you find out more. So please have a look and join our weekly zoom Q&A sessions here, which you can book online in the RAHS Calendar of Events, if you’d like to ask some questions.

Introduction to Finding Your Ancestors 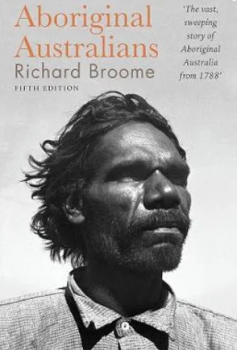 NEW TO OUR LIBRARY
The highly regarded history of Australia’s First Nations people since colonisation, fully updated for this fifth edition.

In the creation of any new society, there are winners and losers. So, it was with Australia as it grew from a colonial outpost to an affluent society.
Richard Broome tells the history of Australia from the standpoint of the original Australians: those who lost most in the early colonial struggle for power. Surveying over two centuries of Aboriginal-European encounters, he shows how white settlers steadily supplanted the original inhabitants, from the shining coasts to inland deserts, by sheer force of numbers, disease, technology and violence. He also tells the story of Aboriginal survival through resistance and accommodation, and traces the continuing Aboriginal struggle to move from the margins of a settler society to a more central place in modern Australia.
Broome’s Aboriginal Australians has long been regarded as the most authoritative account of black-white relations in Australia. This fifth edition continues the story, covering the impact of the Northern Territory Intervention, the mining boom in remote Australia, the Uluru Statement, the resurgence of interest in traditional Aboriginal knowledge and culture, and the new generation of Aboriginal leaders.
About the Author
Richard Broome is Emeritus Professor of History at La Trobe University. One of Australia’s most respected scholars of Aboriginal history, he is the author of fourteen books including the prize-winning Aboriginal Victorians (2005), Fighting Hard (2015) and co-author of Mallee Country (2020)