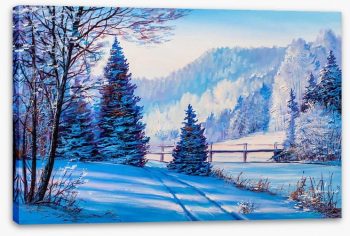 This edition of the Journal is given over to the development of the society, its establishment of a permanent residence in Sydney NSW. But also there is much information about the people who work and

research at Richmond Villa.  There is a chapter devoted to the publications over the years and a list of topics that have been presented.  Members might be interested in the personalities of the organisation on and the pictures of the society’s library.

A Whole New World – Hobart Town 1823   “John Powell frowned as he cauht his first glimpse of Hobart Town from the deck of the Woodlark…….”  Story photos and copy of letter written by John to Lord Bathurst requesting a land grant….

Within walking distance…. “Walking along North Terrace in Adelaide towards the entrance of Government House….. story about MARY LEE, prominent in social reform for women in the 1890s

Welcome to Coburg    “Family historians can flesh out their family story using a variety of sources…..for those with family roots in the northern working class suburb of Coburg….Areas of Note: Clarendon St., Dale Av., Gallipoli Pde., Glencairn Ave., Moreland Station, ….an advertising map of the area in 1880

Of Poverty, Prejudice and Pride.  The Garvey/Fairweather story

“Early 19th century Liverpool was both a haven and a hell for the Irish emigrants who made their way across the Irish Sea to seek work….Ellen Garvey(b.1799)  and William Fairweather, who in 1856 joined the British Army as a Drummer Boy……a considerable worthy article of the families and their descendents.

An Irish Stone Wall…..we all seem to have one somewhere!!!!  Kirkland of Longcastle remains solid against the winds that sweep inland from Wigtown……the home of Quinn….

Gail White writes of the Painter Charles Hodge Mackie born in 1862 in Aldershotk Hampshire, an Army captain and a Scotsman……

This edition is full of wonderful stories and well worth the read  !!

My Brick Wall…..what happened to him?  Louis arc Fancoise Gauvin

Another of my Brickwalls….George Arthur Francis Coffey

The Way it Was…..The Coming of the Railway to Liverpool in 1856…..Collingwood becomes Centre of Industry…..Irrigation of Sophienburgh…….Cumberland Agricultural Society….Devastating Floods 1860

Thomas Holmes Rings a Bell…… “Newton St Cyres is a one pub, one church village, nestled in the vale of the River Creedy…..The 14th century church of St Cyr and St Jullitta stands on a small hillside overlooking the village……the graveyard was littered with weathered headstones…

Notables and New-Discoveries….a list of people of note from the Liverpool area…

A Wicked Hoax and Two Cruel Young Girls…..in 1894 news broke of the gruesome confessions of two teenage girls who had admitted to murdering and disposing of the three infants….